'Sightings' in the Don Gorge

16 July 2013
Grass snakes have been much in evidence in our garden this year.  Several of different sizes have been spending their days sleeping in the warm sun on top of our compost heap and shed skins have been found. A baby was seen in the back courtyard last week, but hasn't been seen since. 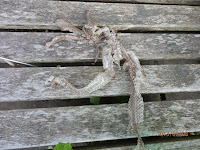 Mid-March 2013, we had a visit by Red Polls, which we had never seen before, which was quite exciting. 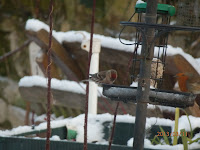 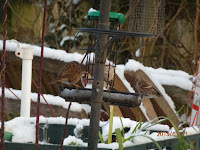 12 November 2011
I thought it might be interesting to begin to log 'sightings' of wildlife in the Don Gorge.  So, if anyone sees anything interesting and would be willing to share a report and picture with us, just email them to me at lizreeve@dongorgecommunitygroup.com and I will be happy to publish them.  Please indicate the date and location of photographs sent in please.

17 September 2012
It suddenly seems to be the butterfly and dragonfly season, so thought I'd put on some pictures of those I've just seen in my garden at Lower Sprotborough. 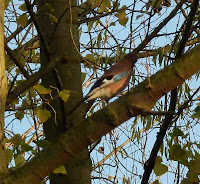 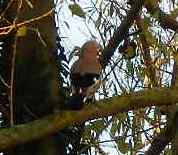 I saw this Jay near the Heron Hide today.   Not the greatest shots in the world, but the best I could do at the time.  Thought I'd show the back view in case anyone doesn't know what they look look.

This young Osprey arrived for a week or so two years ago. 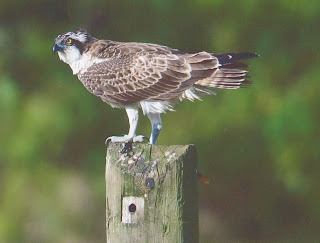 The Osprey taken at the end of September 2009

I also saw three large deer in the field off Cadeby Road a few years ago, much to my surprise as I had never seen anything like it before, and there were reports and possible sightings of Otters a year or so ago.
. 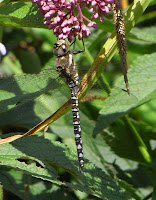 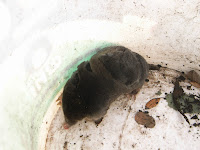 The picture of the large Grass Snake (21.7.08) on the right of my Blog was taken in our greenhouse and the eggs were in our compost heap.  We have been over-run with babies this year.   The pictures above, also taken in our garden, are of a Male Migrant Hawker Dragonfly (10.8.2010) and a not very happy mole (22.9.2011), which again I had never seen a live one of before.

I've just received these three pictures of the Great White Egret, taken at Sprotborough on the morning of the 29th October by Allen Holmes.  They're so brilliant, I couldn't decide which was best, so I'm adding them all - at least for a while. 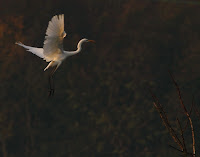 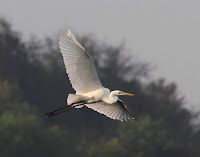